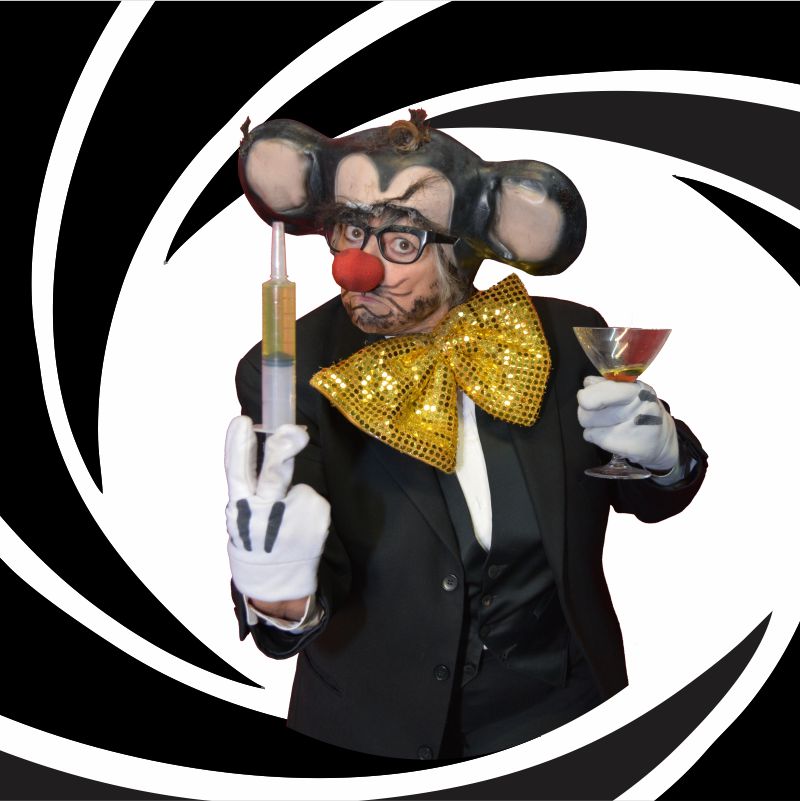 Come rub elbows (no handshakes, hugging or air kissing) with members of The Mickee Faust Club when they present their Spring Cabaret Too Faust To Die. Two years after they closed their doors against the virus, the 35-year old Mickee Faust Club is back and up to its old tricks— 90-minutes of comic skits, musical parodies, riveting confessionals and some really bad jokes. “Yeah,” says Mickee Faust, the plastic-cigar puffing giant rodent who heads up Faust, “I’ll admit we didn’t see the corona virus, coming. ” “But now that it’s on its way out, “ Mickee growls, chomping his cigar to a plastic nub, “We’re gonna carry on as usual making you laugh yourself sick. That’s a bit rich coming a species known to spread the plague, but heigh ho! “

All shows take place at the Mickee Faust Clubhouse at 609 Railroad Square deep in the heart of Tallahassee’s funky Railroad Square Art Park. Come masked and vaxxed so we can all relax. Socially distanced seating. Shows are captioned and the Clubhouse is wheelchair accessible. Everyone’s favorite bluegrass band, Eclectic Acoustic starts playing at 7PM. Grab some food from one of the restaurants around the Square and make it a picnic!